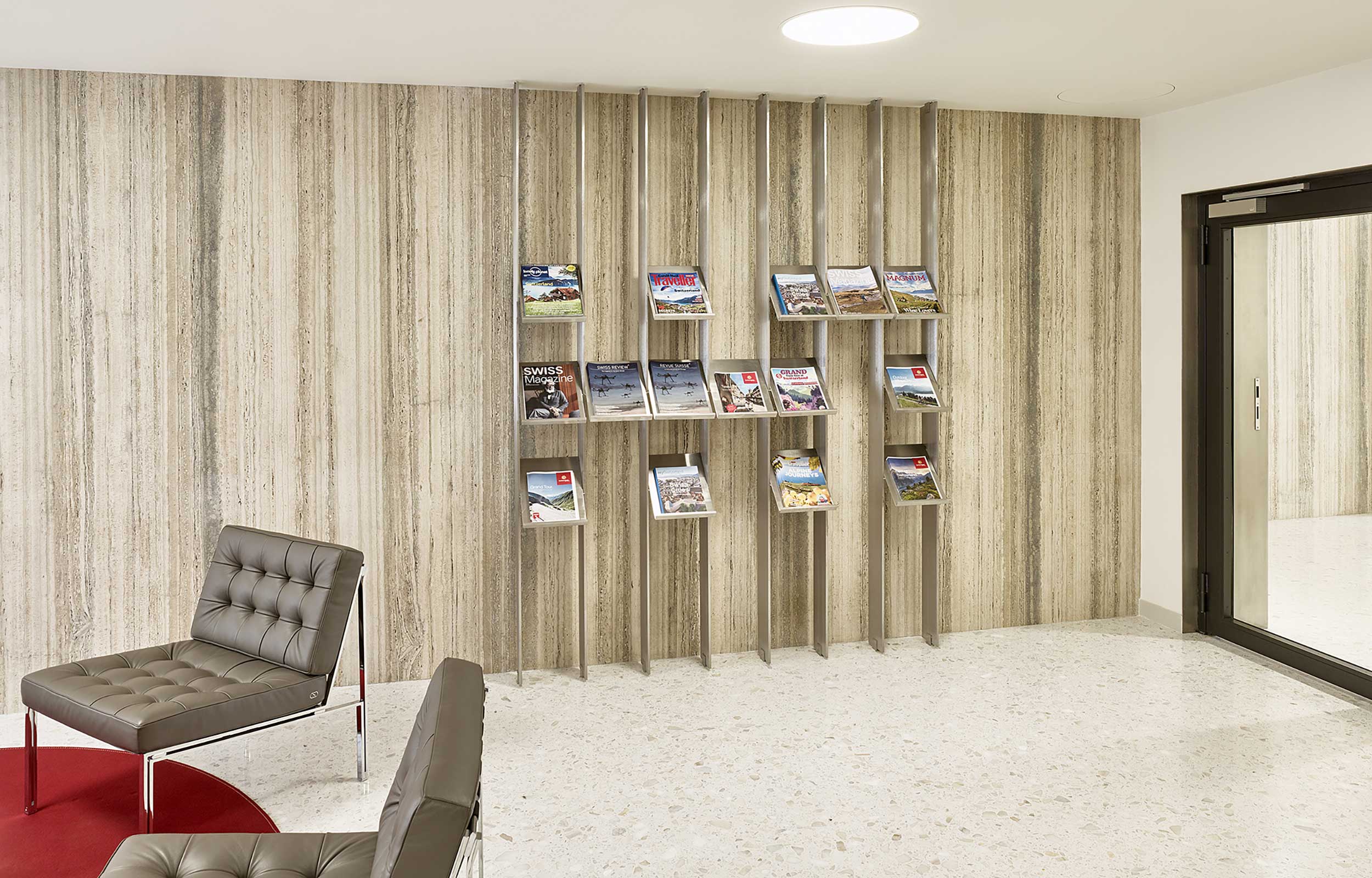 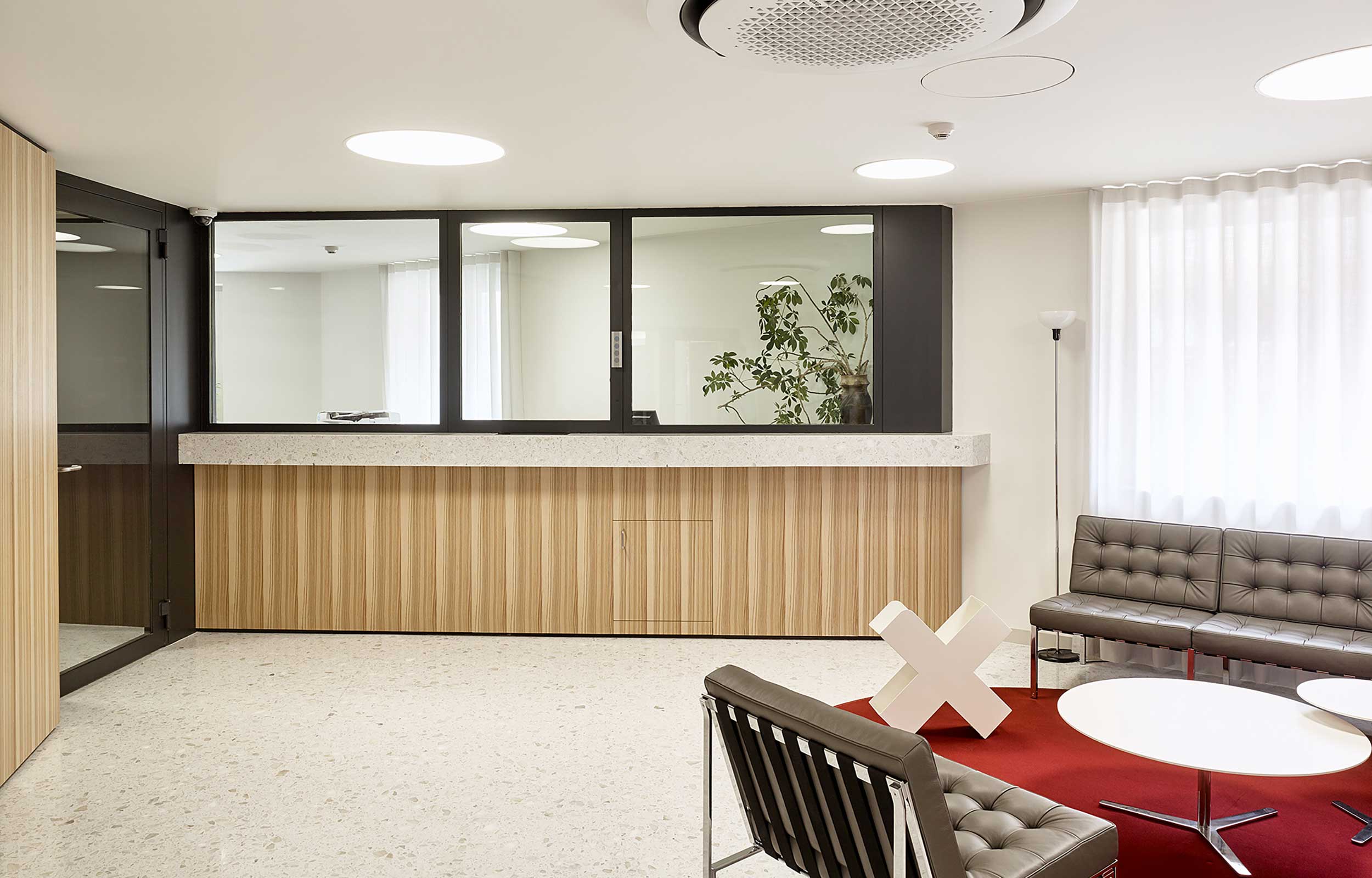 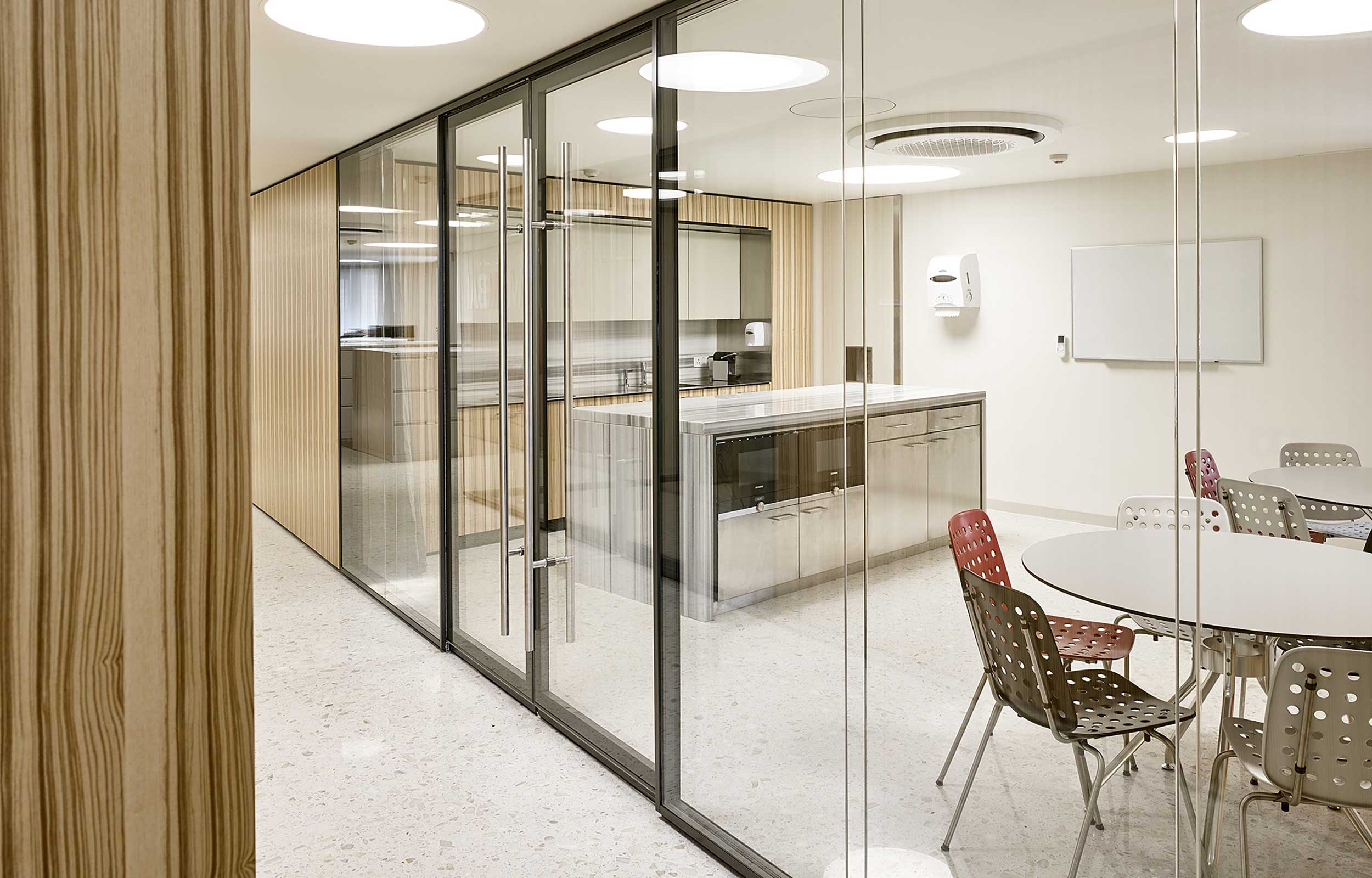 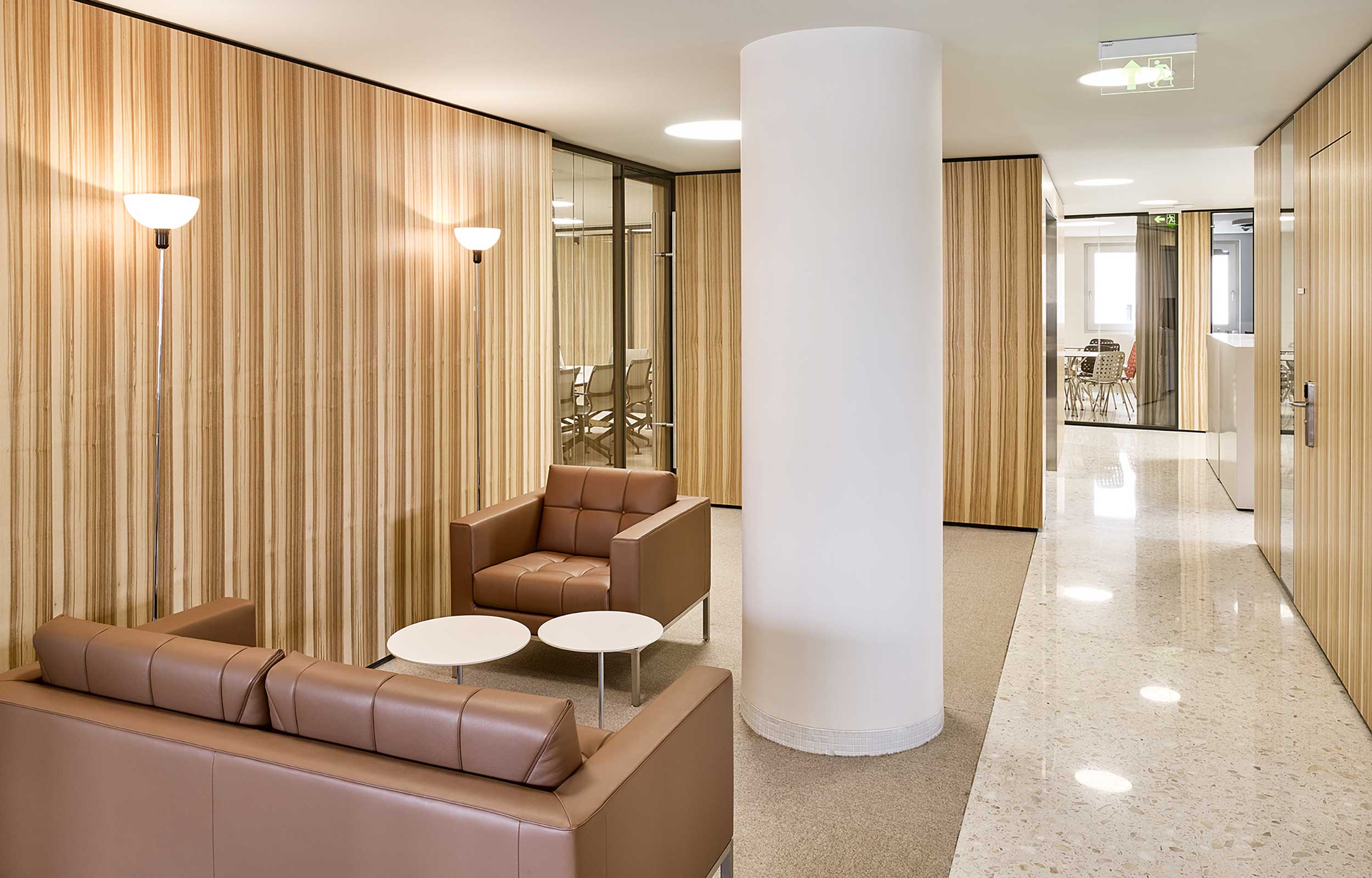 MACH was commissioned to redesign the Swiss Consulate General in Mumbai. The aim was to create a gathering and communication platform under the auspices of the consulate. The challenge was to implement Swiss values in a visually appealing way while still meeting the security requirements of the organization abroad.

The Consulate General Mumbai served as a pilot project to redefine Swiss consulates. Due to a reorganization of consular services, new areas were created for the Swiss Business Hub, Swissnex and Switzerland Tourism.

MACH developed an overarching material concept to accommodate the expanded uses of the space.

The four departments were organized around a common center - analogous to a village and its main square. The spatial and visual connections and programmatic mixing promote synergy between the departments. 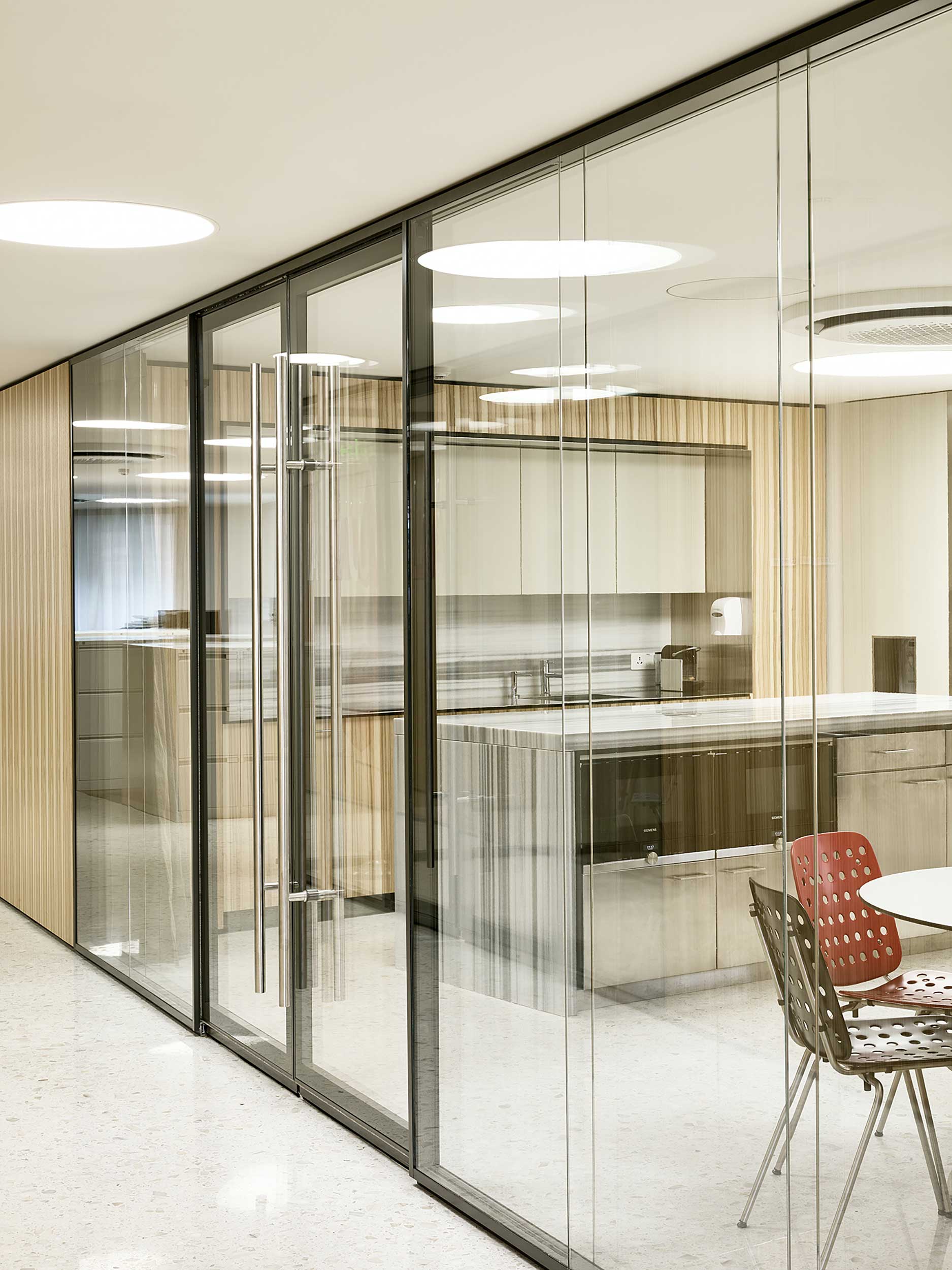 It is the strategy of the FDFA to redefine the consular services with these participants and to create a uniform and representative environment. The project of the consulate general in Mumbai was considered a pilot project to redefine the idea of the Swiss Consulate. 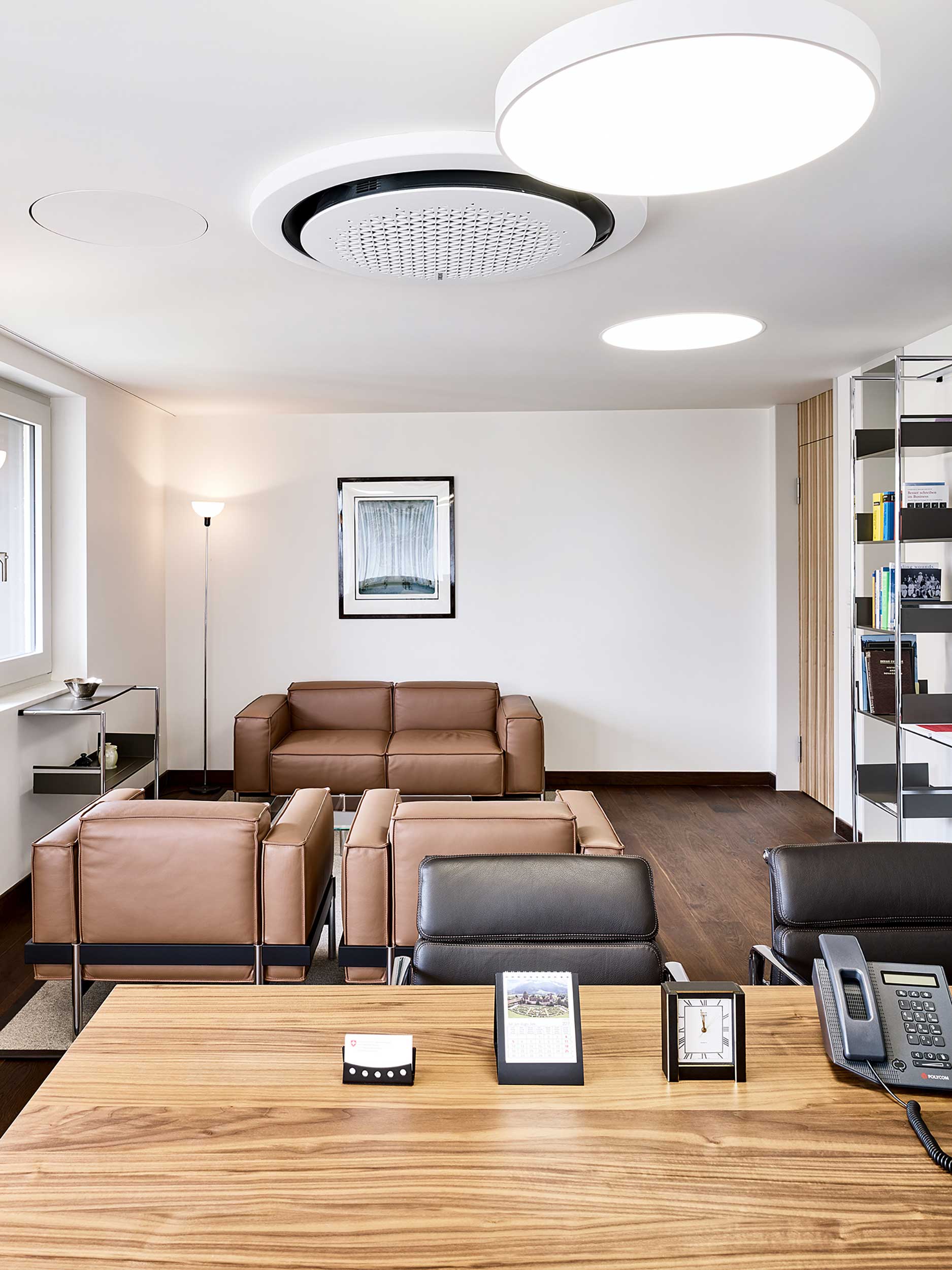 The concept was to create a meeting and exchange platform under the patronage of the consulate and to represent Swiss values in India. With this in mind, an overall material concept was developed, which subtly represents the various entities. 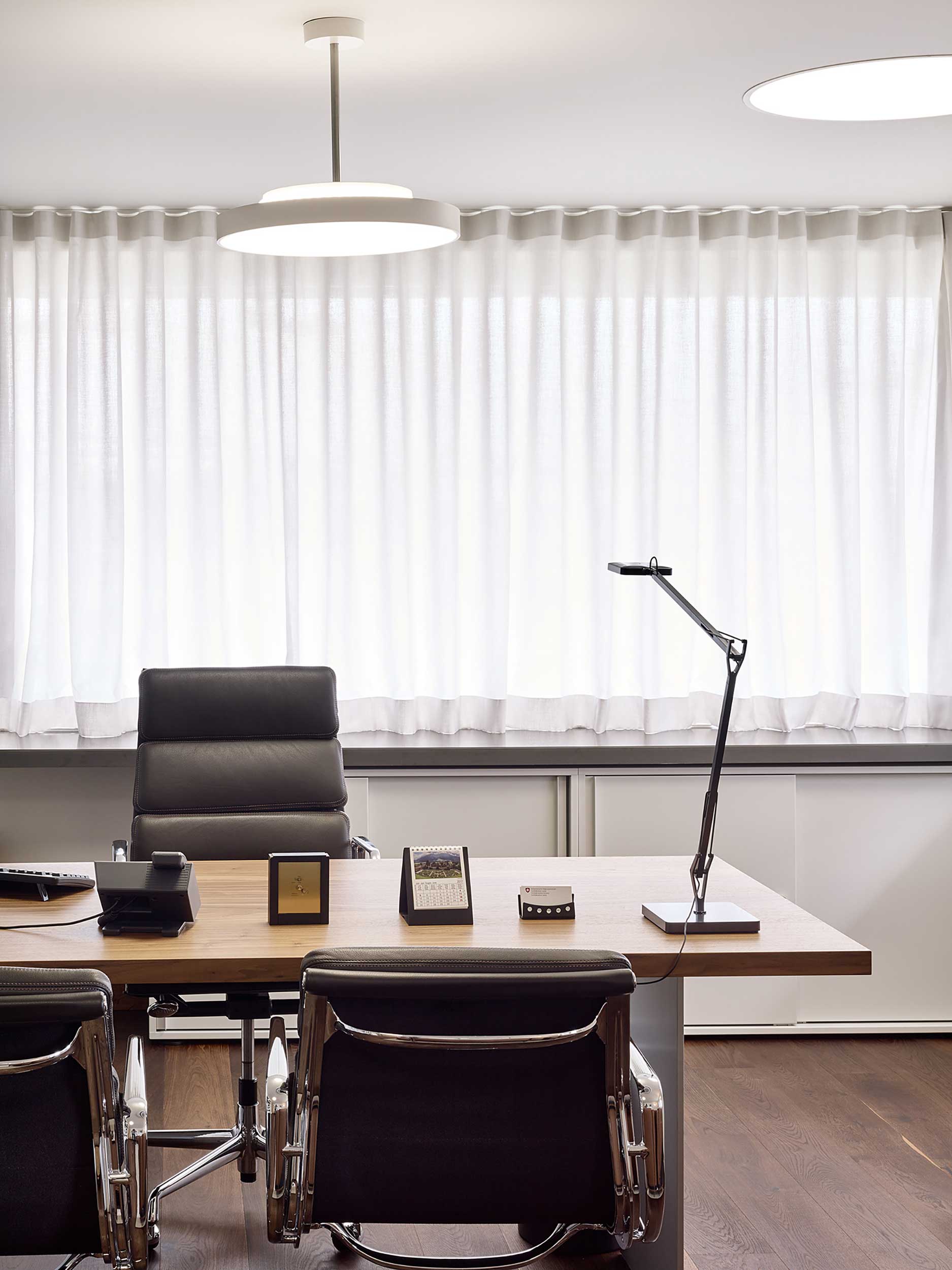 In this project, MACH has succeeded in welcoming guests with transparency and openness in addition to meeting the high security requirements for a governmental representation abroad. 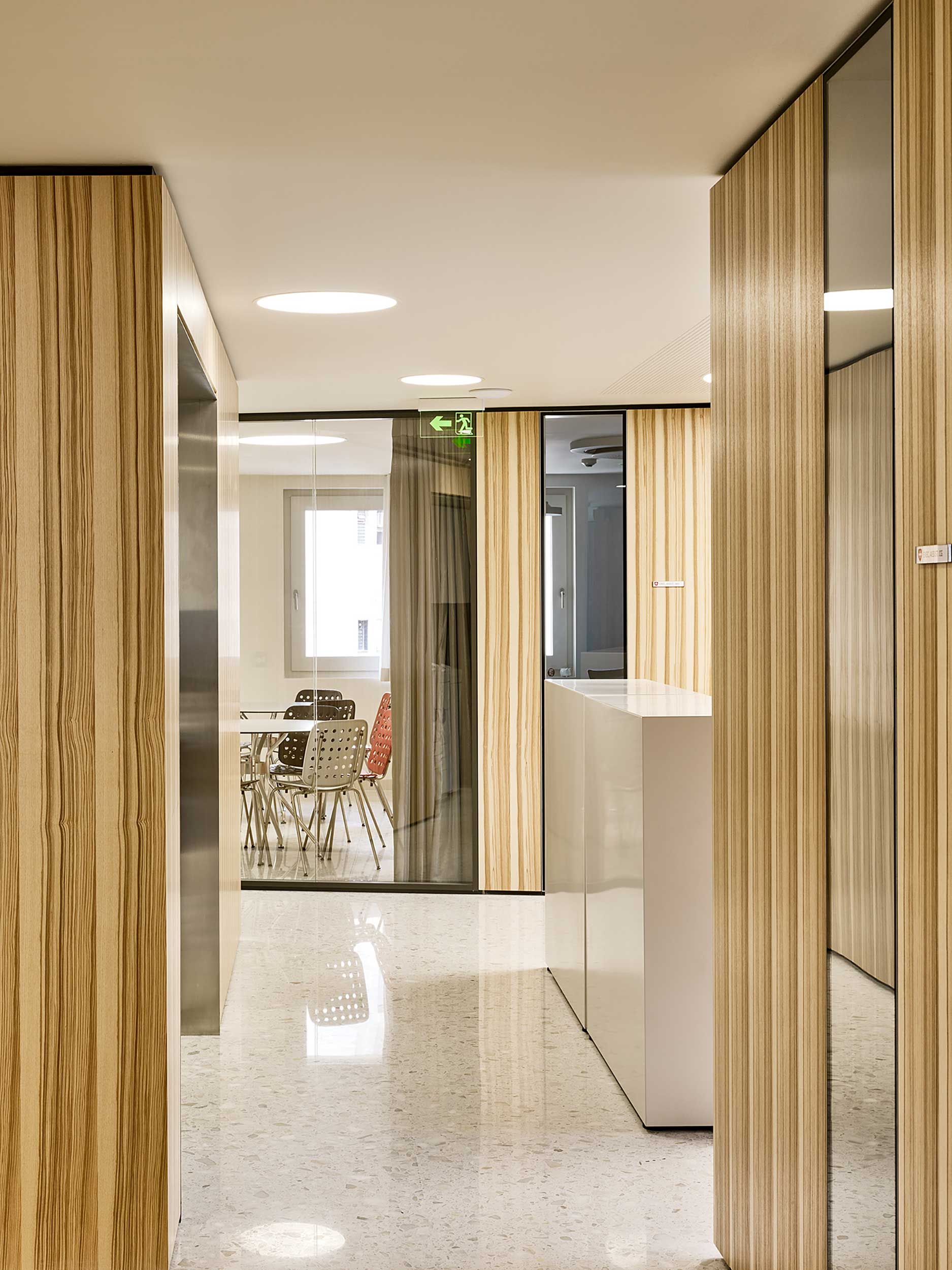 The new consulate allows and demands more openness towards visitors and amongst the entities themselves. The four entities are grouped around a common centre – an analogy to a village and its main square. The layout is organised in such a way that interactions and synergies between the various departments are encouraged and fostered by visual connections and by blurring boundaries between the four departments. 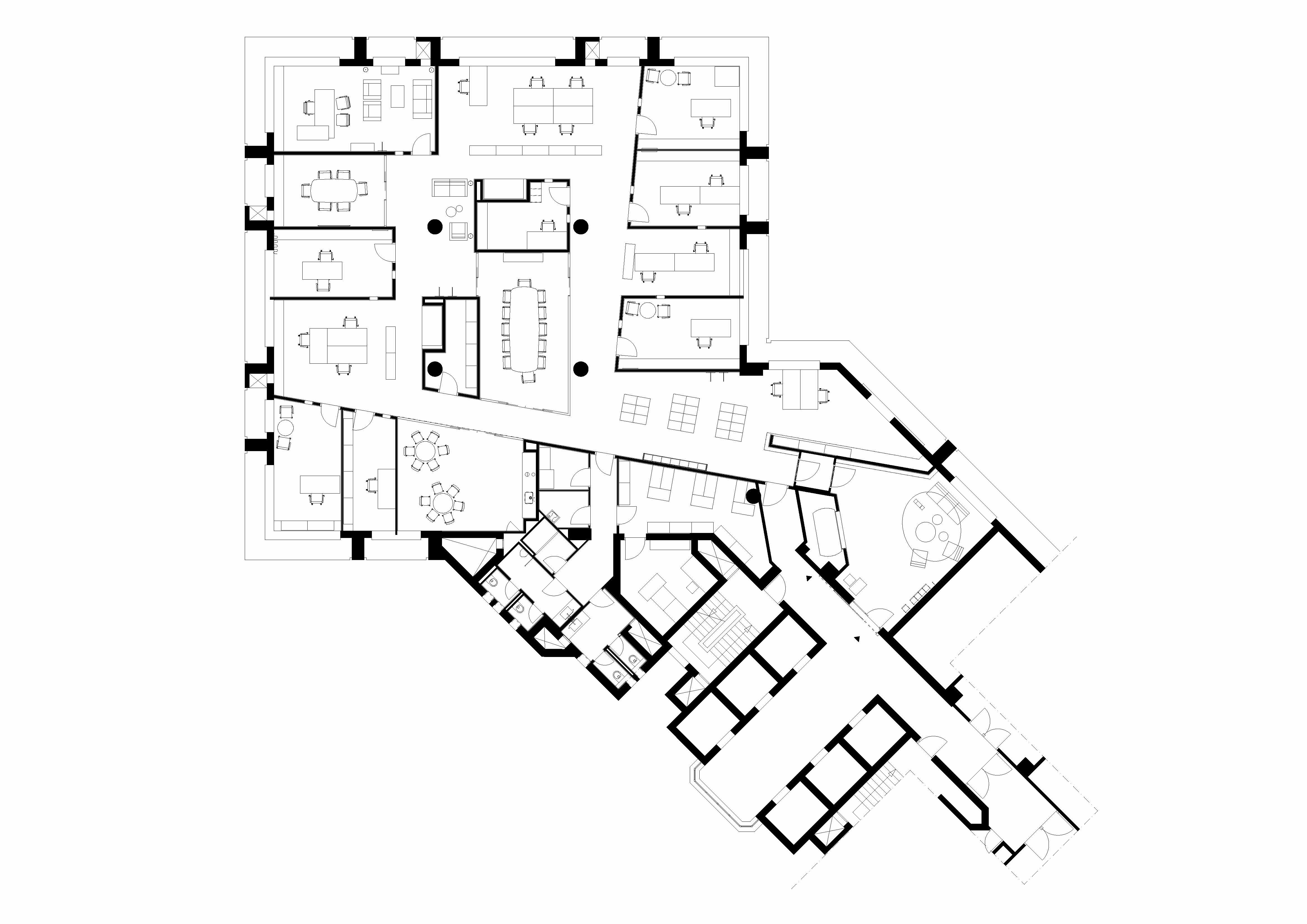